RC toys have become more sophisticated over the years. There are now plenty of remote controlled cars, planes, trains, and other gadgets for you to play with. Here are 30+ RC vehicles and gadgets you don’t want to miss:

Ganker EX: a smart battle robot with man-machine sync technology that can mimic your actions and move in all directions. It is app controlled and has an electronic gaming system. Ganker EX has 0.09sec/60-degree servo motors for smooth motion.

DC Comics Justice League Smart Batmobile: a smartphone controlled toy for Batman fans. It has a 6″ Batman figure that turns the wheels, rotating weapons, tilting cannon, and lights. The camera in the cockpit captures video from the driver’s POV.

Archer-G Battle Robot: a robotic fighter that can be remote controlled with the Wild Flower exoskeleton. Its smart motion capture controller let the robot mimic your moves.

E-Revo Racing Monster Truck: this RC truck has a max speed of over 70mph. It comes with all-terrain tires and powerful motor.

Remote Controlled Abrams Tank: replicates details of the military’s M1A2 Abrams. You can move the tank in all directions and give it a 360-degree spin. The tank can fire plastic pellets at targets.

Star Wars RC Tie Fighter: has a crash resistant structure, ducted propellers, and a flying range of 250 feet. You also get a 2.4GHz controller.

HENES Broon F830 Ride On Car: a fun car for your kids with working doors, hood, trunk, and two 12v batteries. It can go as fast as 6mph.

Kyosho Blizzard RC Snow Plow: can be controlled from a smartphone or tablet. It has an on-board camera and lets you raise/lower the plow blade and record video remotely.

Dark Knight App Controlled Tumbler: comes with 11 light-up LEDs in the cockpit, sound effects, and a 480p night vision camera. You also get a moving spoiler and cockpit door that you can control from your phone.

Wall-Climbing Transformable Robot: a wall-climbing sports car that transforms into a robot with the push of a button. It stands 3″ tall in robot mode.

Transformania Electric Robot Ride-on Car: a larger transforming robot car your kids can ride. It can turn and spin 360 degrees. Supports kids up to 65lbs.

BMW i8 for Kids: a beautiful car for kids with remote control. It has real engine sounds, headlights, and speakers. It has a max speed of kph.

W-MUTT: a combat robot with wireless remote control. It can carry 600lbs of load.

9ft Metal Megatron Robot: this is made from recycled metal and auto parts. You can remote control its arms. 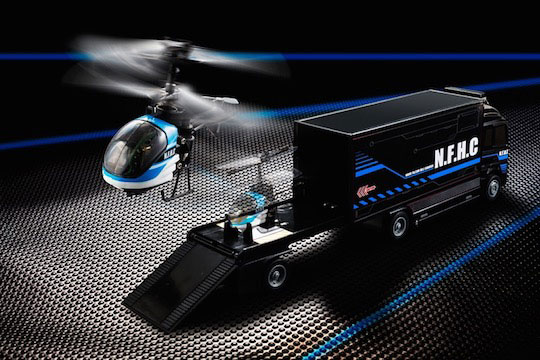 Nano Falcon Heli Carrier: an RC truck with a helicopter inside. You can fly the helicopter with the flip of a switch. 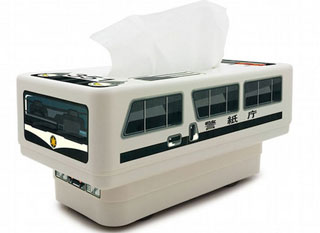 RC Tissue Box Japanese Police Car: this tissue box is modeled after a Japanese police car. You also get a simple remote to move the car around your place. 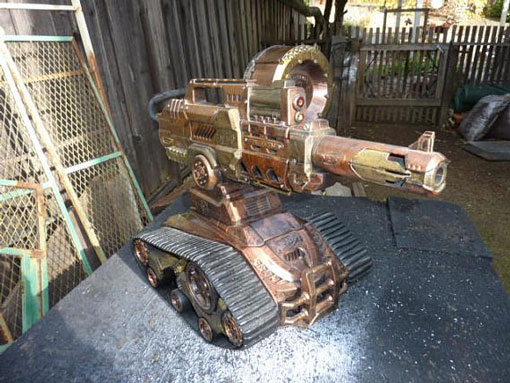 Steampunk Nerf N-Strike Elite TerraScout: has live video feed and remote control. The tank comes with a 18-dart clip and can turn 360 degrees. It goes as fast as 215 feet per minute.

CHERI: a remote controlled robot for attic inspection. It can get around obstacles and operate in narrow, dark spaces.

Remote Control Lawn Mower: mowing the lawn is not fun. This robot can do it for you when you spend time indoors. It is driven by heavy duty IG52 motors.

RC LEGO Monowheel: a motorized, steerable LEGO monowheel with a remote control. It is driven with 2 Power Functions M Motors.

Twitchy Kitty Cat Ears: great for Halloween and other occasions. It lets you control the ears with a remote control to express your emotions.

ROVR: a remote operated vineyard robot with VR control. It allows operators to interact with the robot from anywhere.

RC ATV Robot: has a mannequin with movable head. It has LED eyes too. You can remote control this indoors or outside.

Humanoid Robot with LEGO Exoskeleton Controller: a cute little robot that is controlled with a wearable exoskeleton. 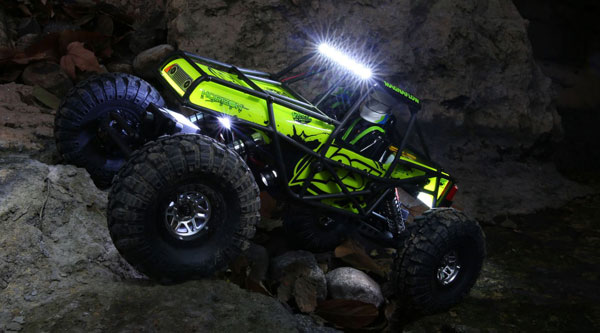 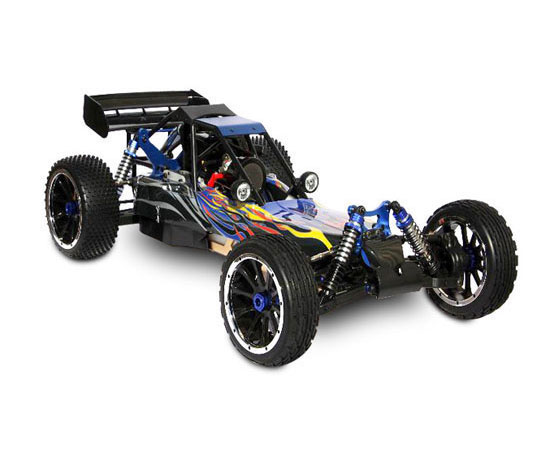 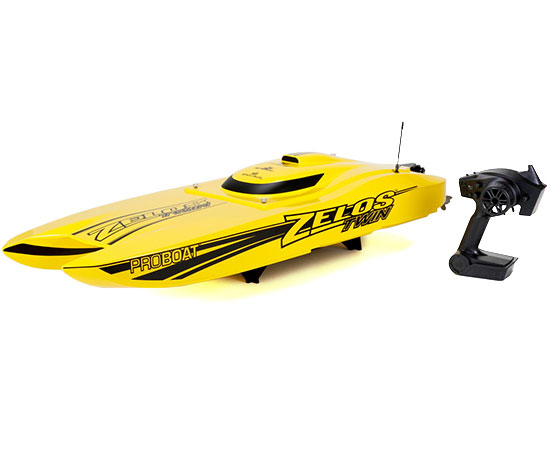 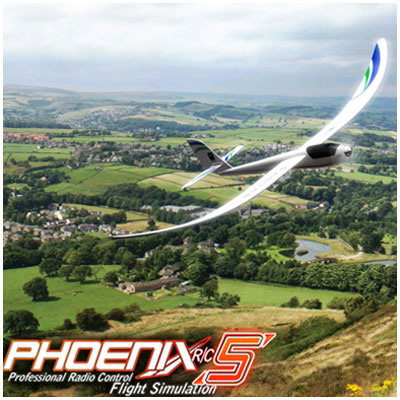 MINDS-i 2-in-1 Super Rover: comes with motors, tires, steering hub, battery, and everything you need to build an Arduino Rocket Launcher. 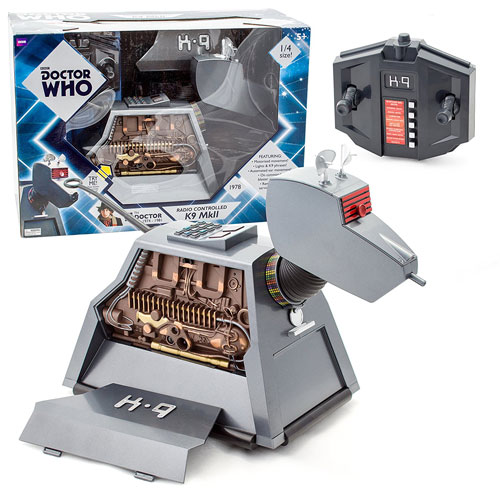 Have you found cooler RC vehicles and toys? Please share them here. 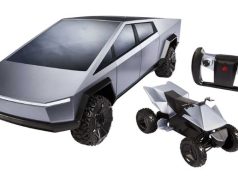 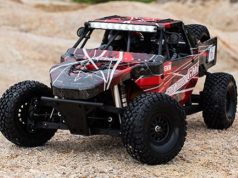 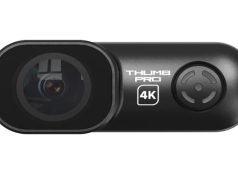 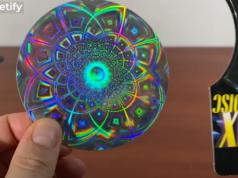 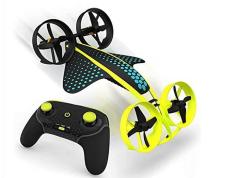 Tiny House On Wheels Made from Recycled Materials 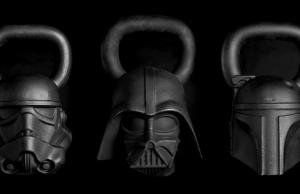 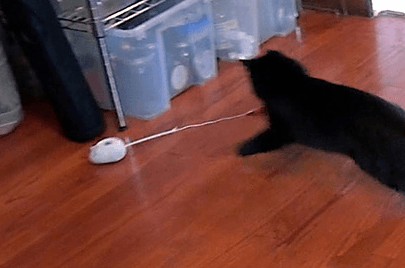 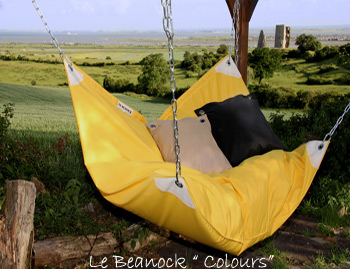