There are plenty of fancy security cameras on the market these days. You can even use your smartphone as one. If you are looking for a more discreet solution, you should give these hidden spy cameras a look:

Coffee Cup Lid DVR: a lid with a WiFi camera that lets you record all the action in your car or office covertly.

Belt Spy Camera: records 1080p video and audio to a memory card. It has a 420mA battery inside.

LEGO Brick with Hidden Camera: looks like a LEGO brick but has a 480p camera inside. The battery lasts 70 minutes.

Exit Sign Spy Camera: a 1080p, 100-degree hidden camera with motion activation. It is compatible with iOS and Android devices.

Zero Spy Camera for Raspberry Pi Zero: this module lets you build your own spy gadget with a Pi computer. It has a native resolution of 5MP.

Weke Water Bottle Camera: looks like a water bottle but can record 1080p video. It has a 65-degree angle camera and 400 mAh battery. 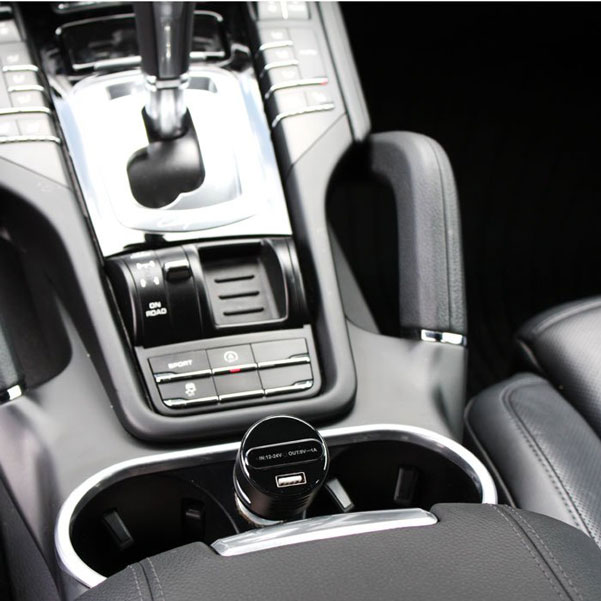 Hidden Camera Car Charger: looks like a regular car charger but has a night vision camera. Lets you capture evidence of theft. 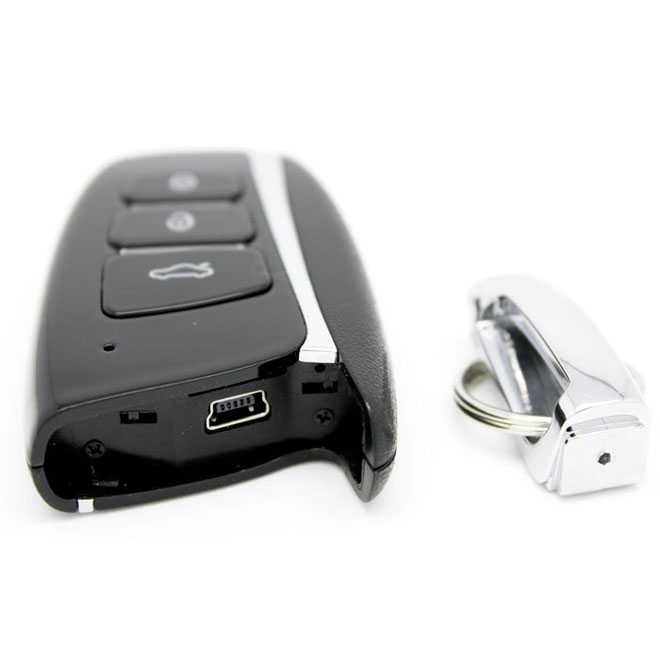 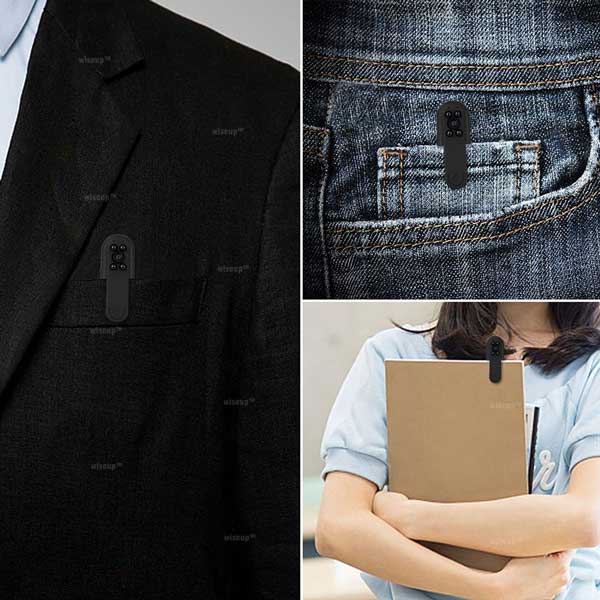 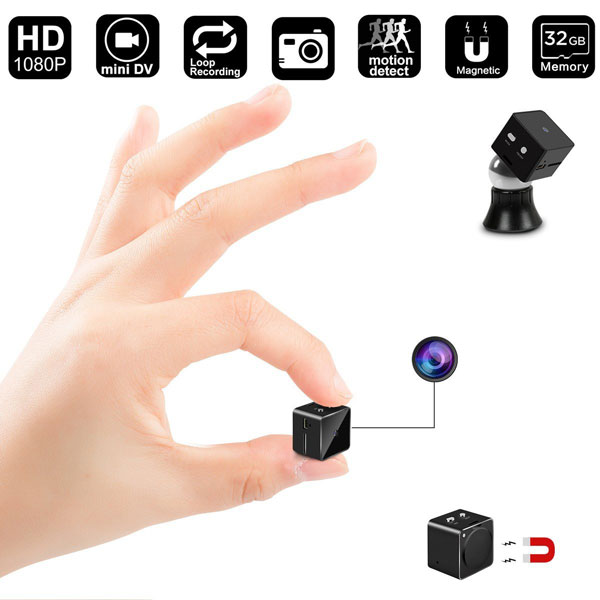 Digihero Hidden Mini Camera: one of the tinniest cameras on the market. It runs on battery for up to 50 minutes. It measures 0.87 inches. 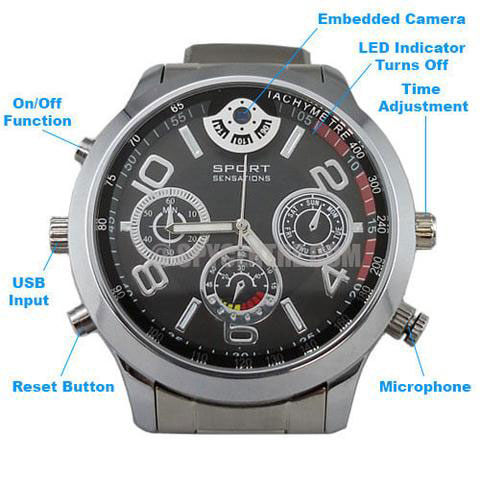 2K Spy Camera Watch: an elegant watch that can also record video. It has 3MP resolution. It has a 16GB internal memory. 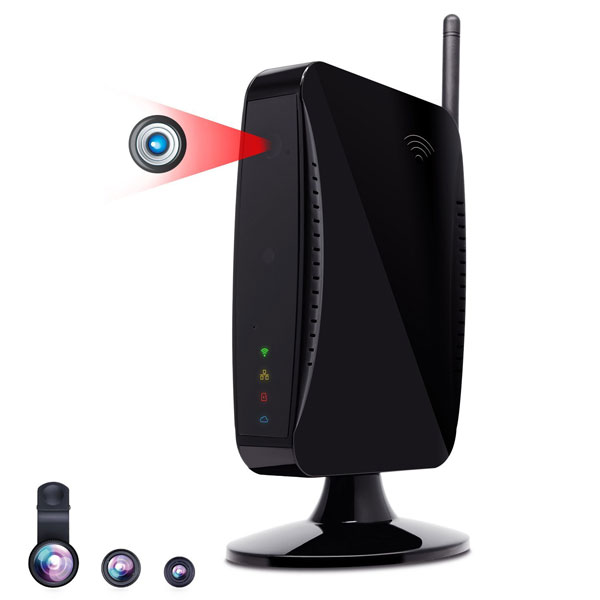 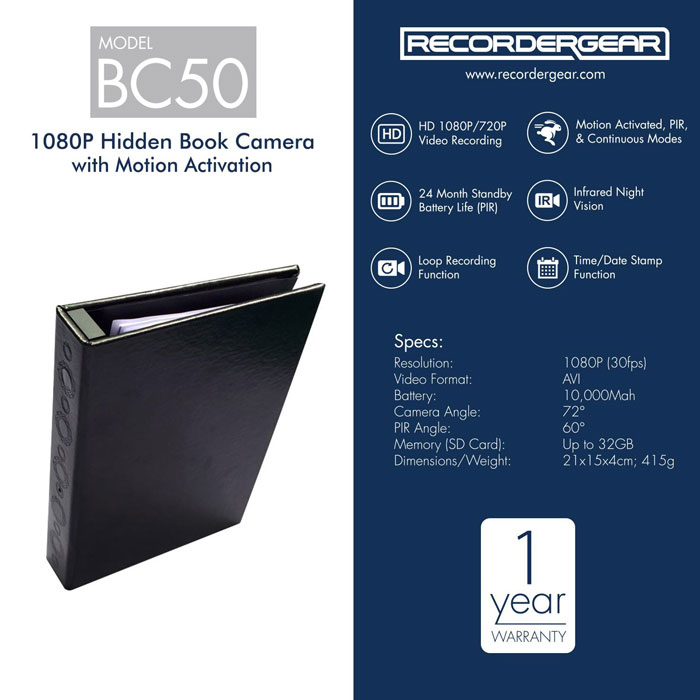 RecorderGear BC50 Hidden Camera Book: has a 72-degree angle lens and records 1080p video. The battery lasts up to 24 months on standby. 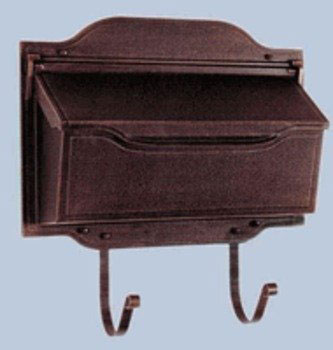 Mailbox Hidden Camera: a wall-mounted hidden camera with motion activated recording. It has a wide viewing angle of 80 degrees.

MONUEN Eyeclasses with Hidden Camera: records video and audio on the go. It supports microSD cards up to 32GB. 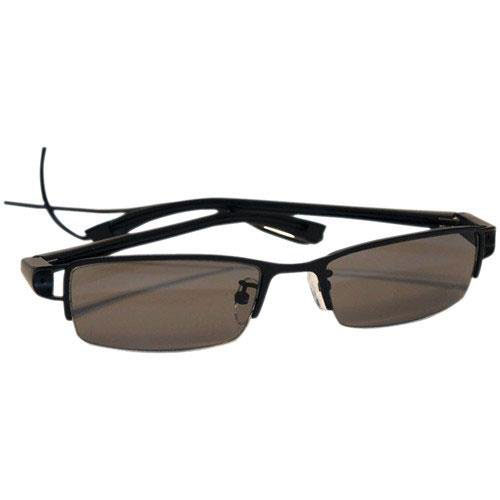 Hidden Camera Fan: an iOS/Android friendly hidden camera with plug & play design. You can connect up to 32 cameras to monitor everything.

APERFECT Spy Clothing Hook: has a motion activated hidden camera with 1280 x 960 resolution. Its battery lasts for 30 minutes of recording. The camera records automatically when motion is detected. 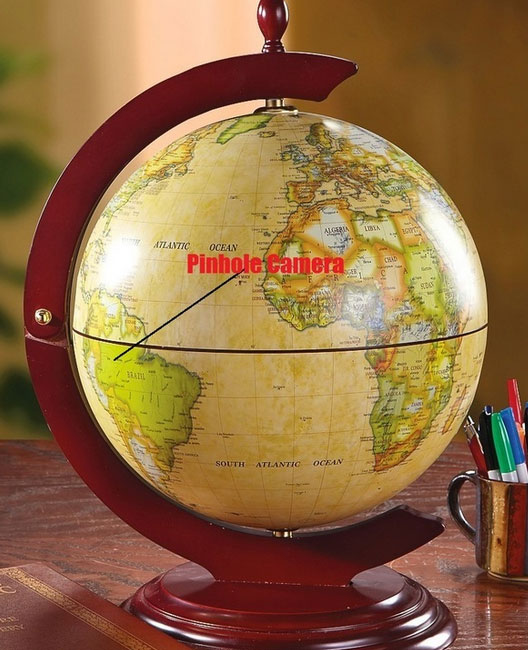 Globe Hidden Camera: a WiFi enabled hidden camera with motion activated recording. It is compatible with smartphones and PCs.

Xtreme Life Plus Landscape Stone: a waterproof, motion activated camera that lets you know when there are any intruders. Livestreaming via app is supported. 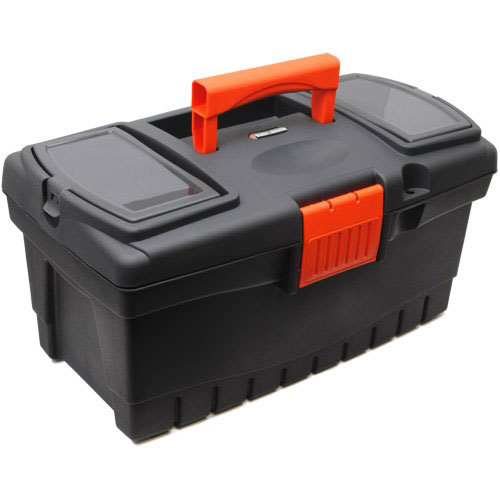 Toolbox Hidden Camera: this hidden camera can be scheduled to record video or when motion is detected. It has pre and post record functions, with the former letting you record 5 seconds before events happen. 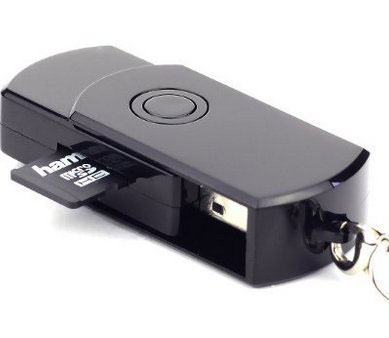 Soled Flash Drive Camera: it has a video resolution of 1280 x 960 pixels. It has motion detection and records video for up to 60 minutes.

Fern Plant Hidden Camera: has multiple recording resolutions. It looks like a decorative plant and has continuous and motion detection recording. 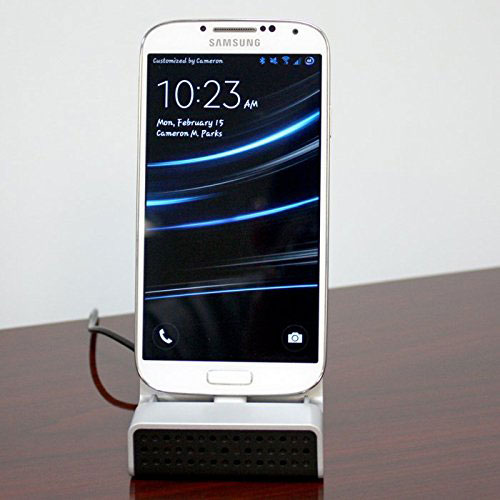 Lawmate WiFi Phone Charger: a phone charging system with a WiFi HD camera. The camera is located on the front of the docking station while the microphone is on the power adapter.

Streetwise Block Charger DVR: looks like a regular Apple charger but has a hidden 1080p camera. 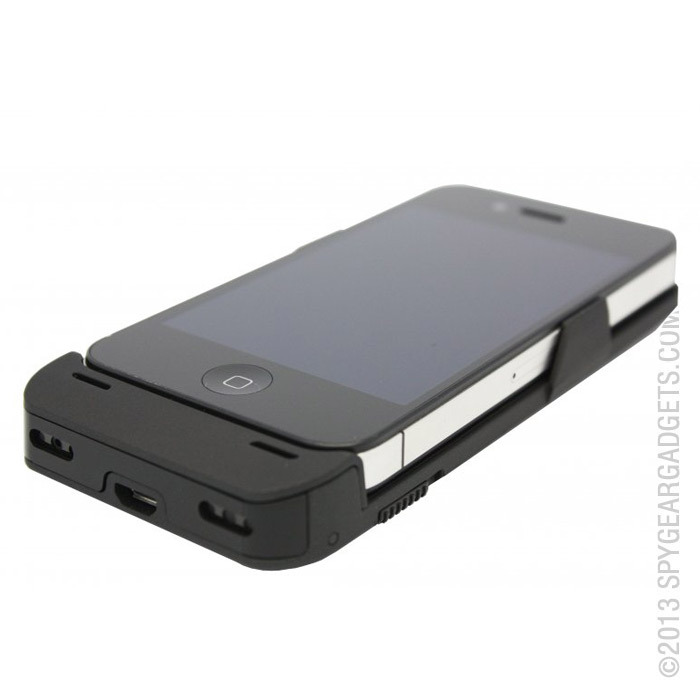 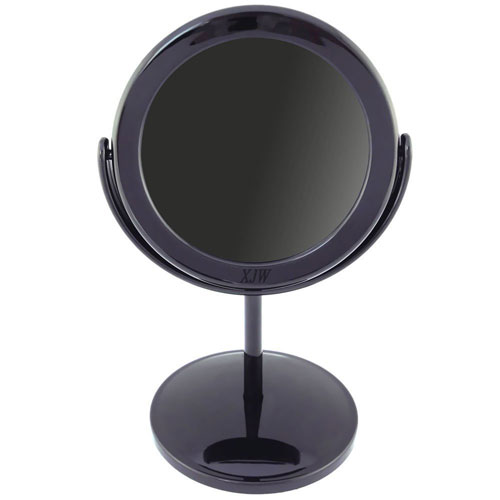 XJW Mini Hidden Camera: captures HD video in your home or office. It has a 300 mAh battery. Compatible with Mac or PC. 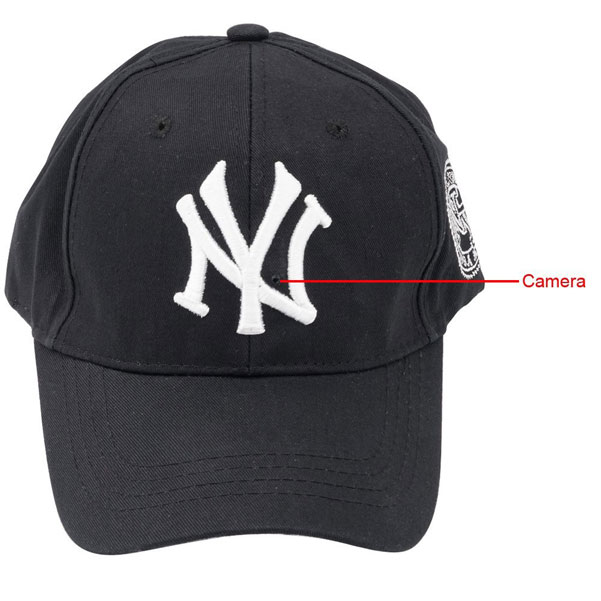 Toughsty Hidden Camera Hat: looks like a sport cap but records 1080p video at 30fps. The battery lasts up to 50 minutes. 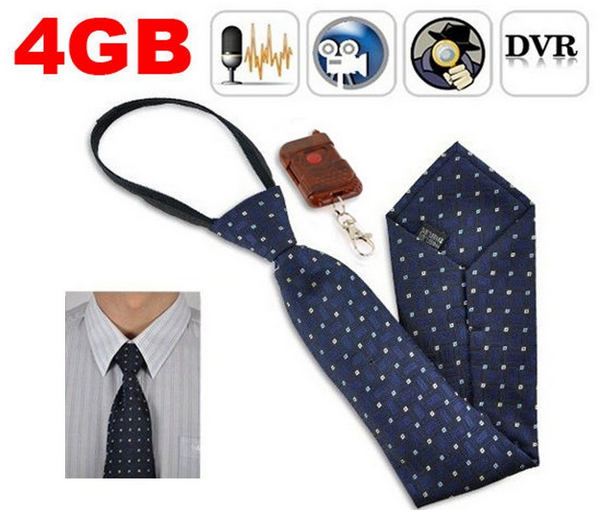 FUNOC 4G Covert Camera: many of us have to wear a tie to work every day. This particular one has a hidden camera to record 480p video covertly. 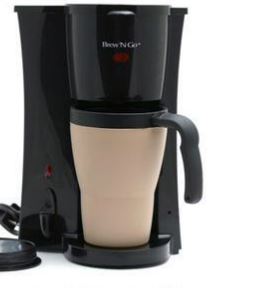 BB2 Coffee Pot: not only makes coffee for you but also records 1280×960 videos. It records 4 hours of video to a 8GB memory card. 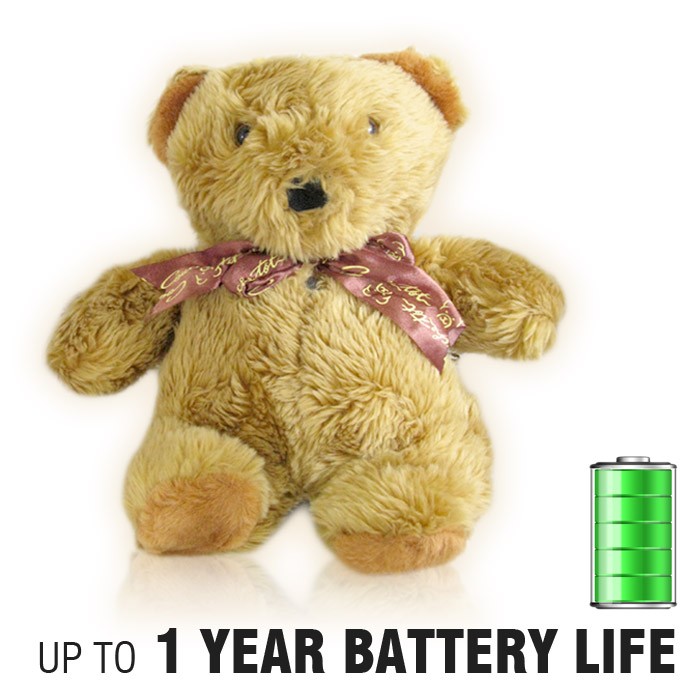 Teddy Bear Hidden Camera: a nanny cam with thermal motion activation recording. It can detect motion from up to 30 feet. 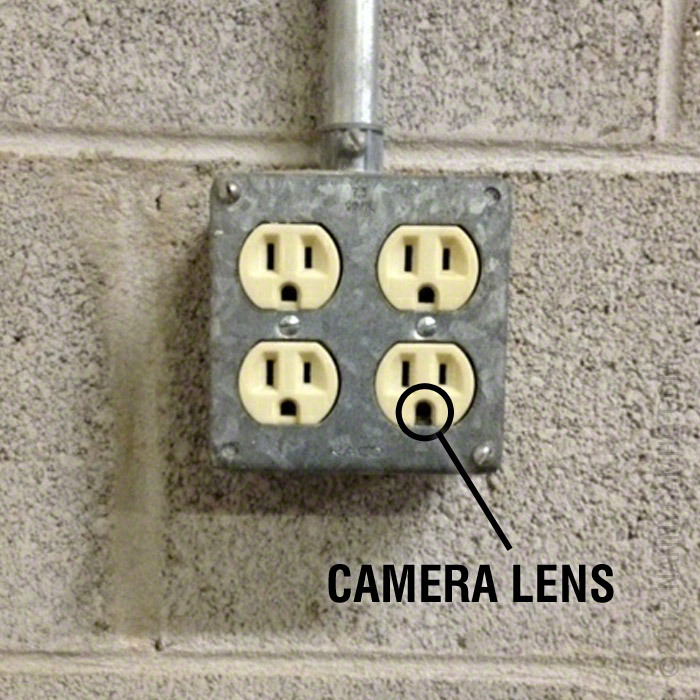 Power Outlet Hidden Camera: has body heat activated motion detection and lasts for up to 90 days on standby. Ideal for business environments. 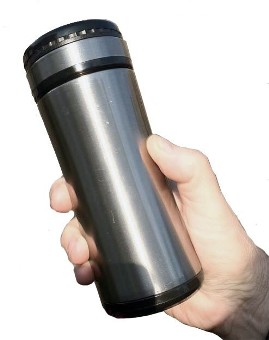 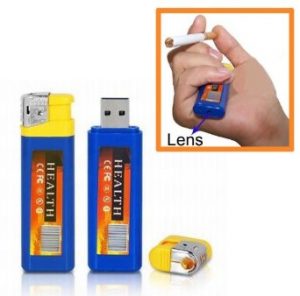 Cigarette Lighter Camera: as the name suggests, this device lets you collect evidence in sensitive situations. It supports memory cards up to 16 GB. 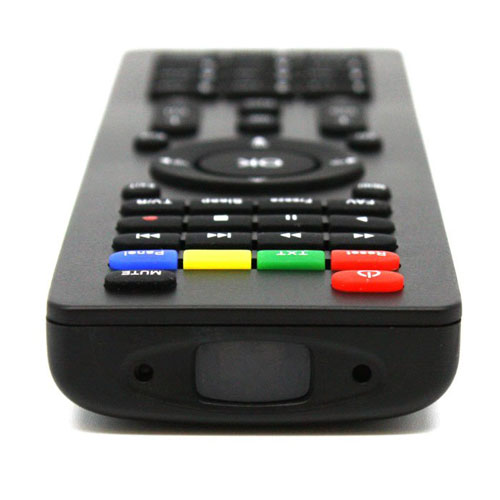 TV Remote DVR: has a 1080p camera with 66-degree field of view. It time and date stamps videos. 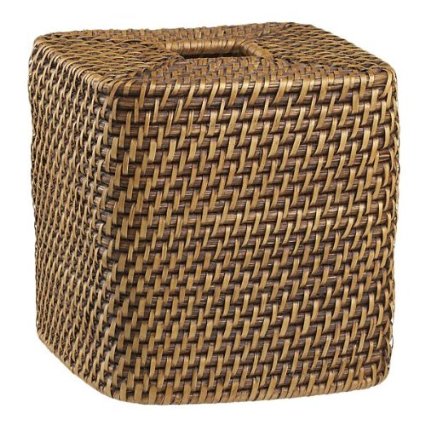 SecureGuard Wicker Tissue Box Spy Camera: records video when motion is detected for up to 10 hours.

Spy-MAX Fan Hidden Camera: looks like a regular fan and doesn’t have any lights or beeps. It has a viewing angle of 70 degrees wide.

Spysonic Air Freshener DVR: can record video to up to 128GB Micro SD cards. It has IR night vision with up to 15ft range.

Have you found cooler spy cameras? Please share them here.

*Our articles may contain aff links. Please read our disclaimer on how we fund this site.

Under-The-Jack Pack: Slim Laptop Backpack You Can Wear Under a Jacket